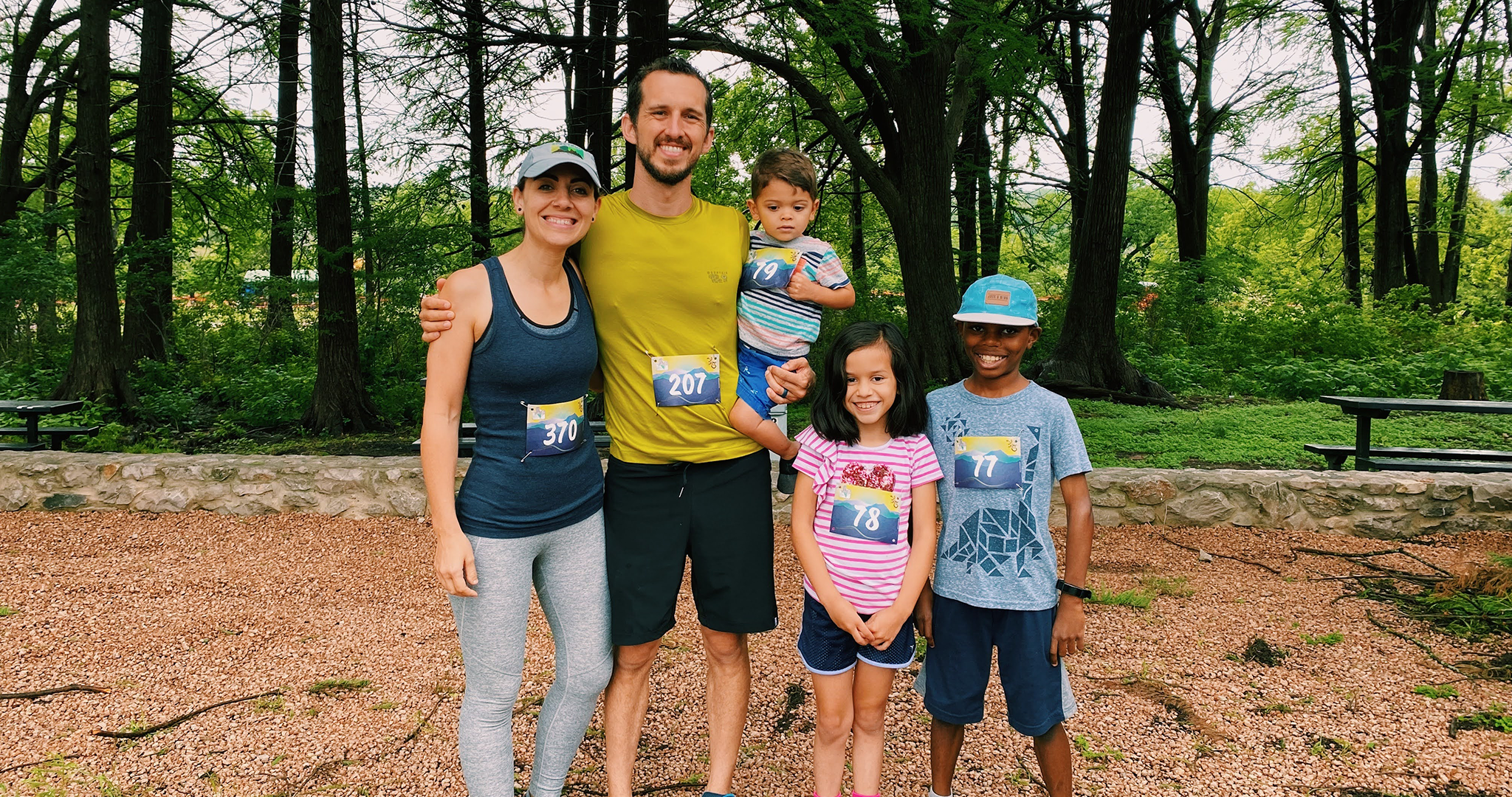 John Ryan and Bethany had a plan to grow their family with biological children and later adopt. Circumstances led the family to consider adoption sooner and as they learned about the needs of children in their community, foster care came up in discussion. Initially, Bethany said, “No, that’s not for us,” but the couple continued to talk. Bethany shared how their perspective shifted, “Maybe it’s not about our family; maybe we need to be looking at it for the kids. If it’s for the kids it makes more sense to do foster care.” In 2012, the couple got licensed to foster with a nearby agency. They quickly received their first call and accepted an emergency foster care placement of two young siblings. Everyone told them they would likely adopt the children, “now we laugh when people say that” noted John, recognizing the goal is reunification and how unwise it is to get focused on adoption when the goal is for the children to return home. The children stayed for six months before moving to a relative. “We were devastated when they left, we thought we would never foster again,” shared John.

The couple spent a lot of time in prayer. “I realized these kids have gone through much harder things, they’ve had much worse pain. How could I say I can’t do this again because it’s hard when their whole life is hard; that’s all they’ve known,” shared John. Instead of trying to grow their family, they chose to focus on fostering and truly being open to any outcome. “I can let them go because God’s got a plan for them and he loves them even more than I do. That was a huge shift for us and it made fostering totally different after that,” John said.

The family also said yes to connections with birth parents, whenever possible. “More than not, they’re concerned if their child is in a safe place. They feel so much better, and I think they do so much better, knowing their kid is with someone who actually cares about them and isn’t trying to take them. When they feel like you’re on their team, that they have support, and everyone wants to see them succeed, overall the outcome for reunification is better,” shared Bethany. 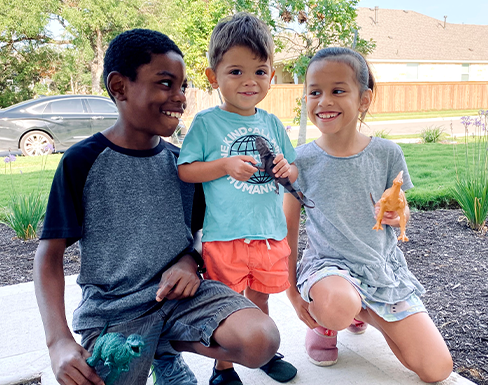 The couple continued to foster and saw children come and go, but in 2014 they adopted their son, Erich, and in 2015 they adopted their daughter, Annette. John reflected on how influential Bethany’s relationship with Annette’s birth mother was on the adoption, “It was not the intention. Bethany was just being kind to the mother after visits.” When her Birth Mom was failing to complete services, CASA and CPS arranged for the families to sit down and talk about the outcome of the case. “We cried our eyes out talking with her Birth Mom. She cried her eyes out, too, and decided to relinquish her rights. It was hard,” John said, “but really beautiful, because of her love for her daughter. She needed to know she would be safe and loved,” Bethany shared.

After adopting, the couple took a break from fostering. They wanted to give their children time to feel established and stable in the family. Then in 2017, the couple became licensed with PCHAS and were very happy about the culture and support they found. “We didn’t feel lost in the mix; they really cared about our family,” Bethany said. The couple fostered for a while and then took a break to focus on the needs of their growing adopted children.

They thought they might be done fostering, but a connection with a child Bethany’s sister was fostering made them realize they had more to give. The couple continued to foster and adopted their son, Conrad, in 2019.

They accepted one more emergency foster care placement for six months before the child was placed with his sibling. Erich, Annette and Conrad were older this time, and though they were prepared to say goodbye, “It really crushed them. But, I loved that they learned to see God’s purposes in people’s lives, and to experience hard things and love anyway. They got to experience loss and grieve in a healthy way, when they haven’t even done that with their own stories, yet. We grieved together and worked through it as a family,” John shared. 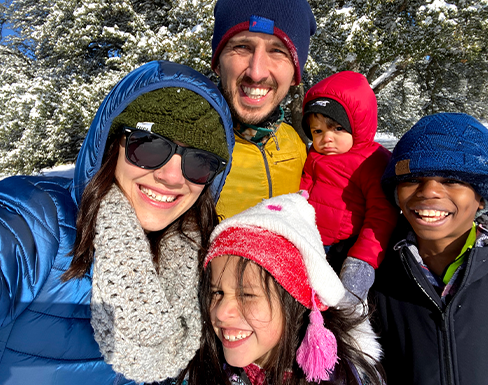 Now the family is taking a more permanent break from fostering and focusing on their adoptive family. For Bethany, the best thing about their adoptions is, “we are five completely different people coming from different backgrounds and cultures, but God put us together through a lot of different struggles. We can see that we are knit together, taking all these broken parts and making something whole. Our kids fit so perfectly in our family; we are who we are because of them,” she said.

Their family looks completely different from what they planned, but they wouldn’t change a thing. “If we had opted out of foster care, I literally don’t know who we would be now. It changed us in ways we never could have set up for ourselves,” Bethany shared.

Do you think adoption might be part of your story? What about foster care? Connect with a Foster Care & Adoption Guide today. We’re here to answer all of your questions. Email fosteradopt@pchas.org or call 512-212-5700.