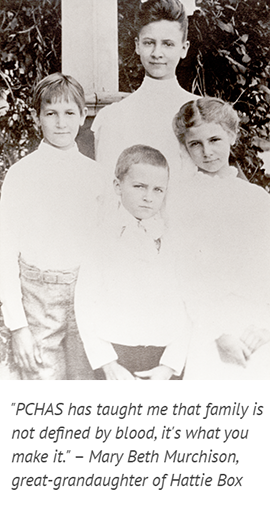 On a chilly December day in 1904, 9-year-old Hattie Box, her sister Winnie Mae and their brothers James and Nelson were all brought to an orphanage in Dallas, Texas. Their father, having lost all the family’s money, succumbed to despair and killed himself. Their mother, for reasons lost to history, was unable to care for the grieving children.

There was no way little Hattie could have known the impact that her new home, called the Texas Presbyterian Home and School for Orphans (which would later become Presbyterian Children’s Homes and Services) would have on her and her family.

The Box children were some of the first to live at a new residence constructed in Files Valley, east of Itasca, Texas in 1906. They made the journey from Dallas to Itasca in a covered wagon. Later, the siblings rode the train back to their hometown for visits. According to Hattie’s grandson, Jimmy Murchison, living at PCHAS gave her a sense of home and a connection to other children who understood her situation.

Hattie grew into a strong woman with a happy life and was a faithful member of the Presbyterian church for the remainder of her life. As an adult, Hattie believed that she should donate money to the children’s home before she paid for anything else.

Hattie was a huge influence on her grandson, Jimmy. “We were very close,” he remembers thoughtfully. Jimmy grew up to be a corpsman in the U.S. Navy and served in the Vietnam War. He married a lovely young lady named Nona Beth. After fifteen years of marriage, knowing that Jimmy had been exposed to Agent Orange during the war, Jimmy and Nona Beth decided to grow their family through adoption. When it came time to choose an agency, Jimmy remembered the place that had cared for his grandmother and her siblings all those years ago. 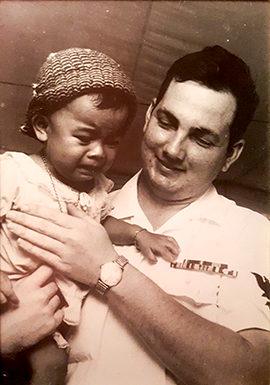 When they got to Itasca, Jimmy thought they would be just one of many families looking to adopt. “I remembered thinking when we drove up [to orientation] that day, that there would be an auditorium full of couples,” he says. “But there were just 13 of us.”

Jimmy and Nona Beth wrote letters to be read by birth mothers who could get to know them. Then, the Murchisons attended two group meetings – one with adoptees and one with birth mothers – so they could understand adoption from the perspective of the other members of the adoption triad. Finally, they met their daughter. They named the baby Mary Beth. Mary after a friend, and Elizabeth after Nona’s middle name. The Murchisons became parents and all seemed right with the world. 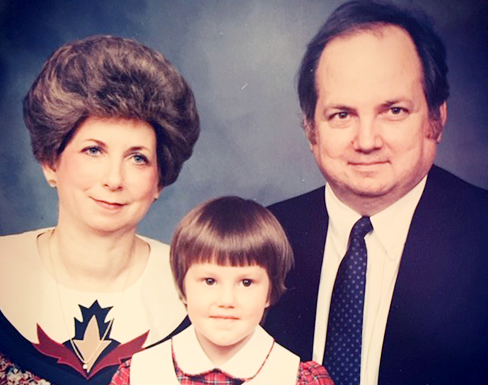 But as tragedy struck his grandmother so many years before, it visited Jimmy’s family again. When Mary Beth was only a year old, Nona Beth was diagnosed with breast cancer. After she passed, Jimmy raised Mary Beth on his own.

“It was just her and me,” he says. “I’ve been there for all of the dances and school years and college years and job interviews and all of that.

“Adoption is the greatest thing on earth. Trust me. I have no regrets, even through the teenage years,” Jimmy says with a laugh. “No regrets.”

“I feel like I’m where I’m supposed to be,” says Mary Beth. “My dad and I have the best relationship. I had everything I needed in him.”

Reflecting on being the fourth generation in her family touched by PCHAS and its care, Mary Beth hopes to adopt one day as well.

“PCHAS has taught me that family is not defined by blood, it’s what you make it. They gave me a chance to be part of a wonderful, loving family,” she says. “I’ve always had a special place in my heart for PCHAS and always will.”


Sadly, Jimmy passed away during the writing of this story. In lieu of flowers, Mary Beth asked that memorials be made to PCHAS. You can make a gift in honor of Jimmy here.