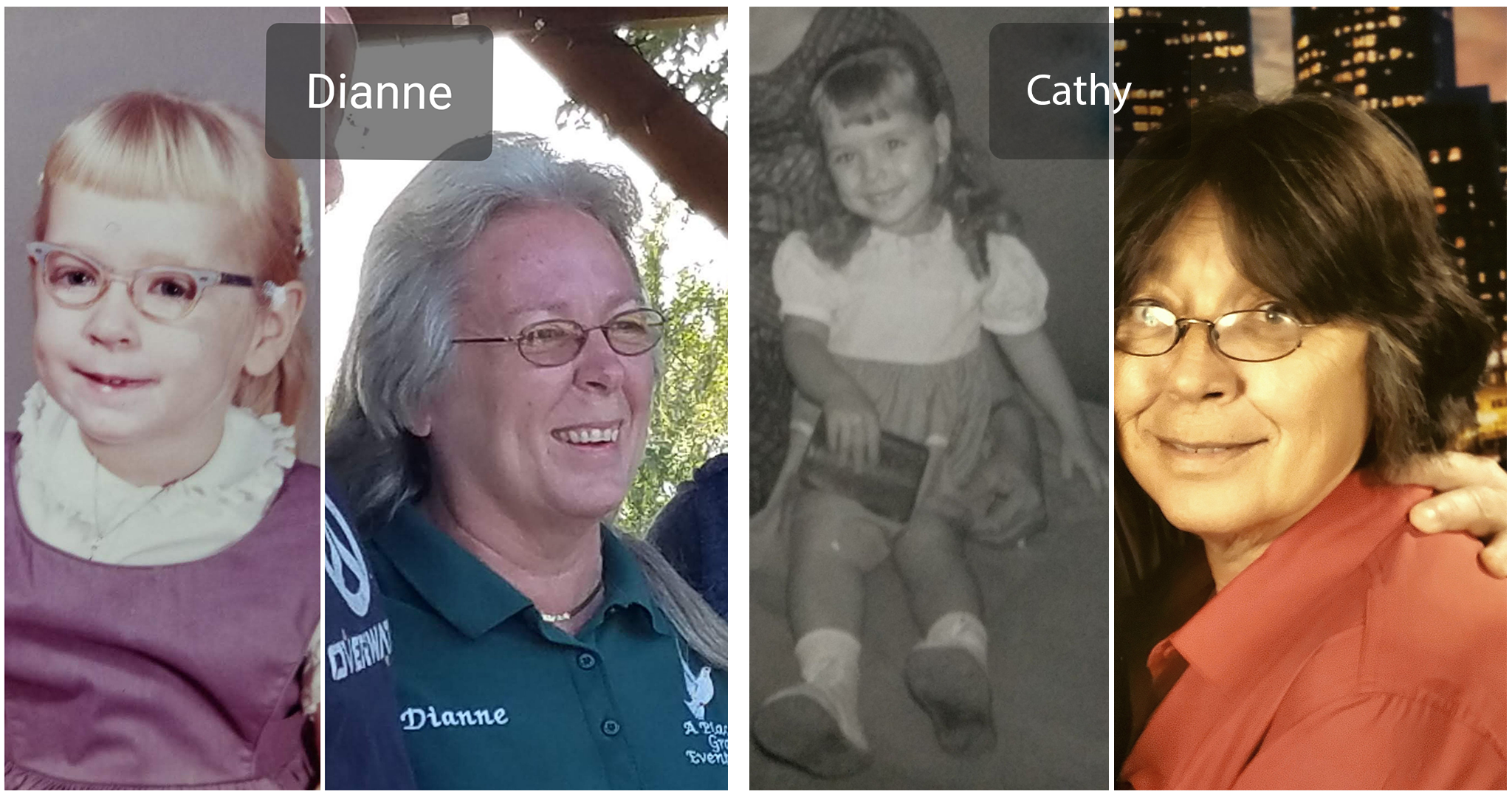 “The worst part of being adopted is going to a doctor without knowing your family’s medical history,” says Dianne. She was adopted when closed adoption was the norm. She never met her birth father, who died when she was in her teens. At age 19, she met her birth mother, who lived only two more years.

Dianne was the youngest of six. Her mother had tried to keep them together after her husband left, but could not earn enough income and was charged with neglect. She lost custody of all the children. Placed in different homes, Dianne and her sister Cathy lived at opposite ends of Houston for 20 years.

Closed records can affect adoptees profoundly. “I knew I was adopted as a baby and that I had sisters, but nothing else,” she says. “I always wondered if they looked like me.” Once, in school, she became angry about drawing a family tree. “It felt like a lie.”

Cathy, meanwhile, was raised with one birth sister. She never knew there were other siblings until she was a young adult. Speaking for both sisters, she says, “The people who adopted us, we couldn’t have asked for better parents. They were absolutely amazing.” Still, meeting her birth mother and the rest of the family helped her understand her own story.

In this case, the reunion helped the birth mother heal as well. Dianne was taken from her at birth, at the hospital. When the 19-year-old Dianne visited her, the mother recognized her immediately and cried out, “My baby, my baby!” The six siblings shared one last Mother’s Day with her. Years after the pain of losing her children, “she had turned into a very lovely woman,” Diane remarks. They felt very fortunate to form a relationship in the little time before she died.

PCHAS handles both open and closed adoptions. For adult adoptees who inquire, the agency will reach out to their birth parents, but is legally obligated to honor the parents’ wishes. PCHAS offers post-adoption services to its own clients and those from Homes of St. Mark, which merged with PCHAS a decade ago.

Dianne and Cathy encourage adoptive families to make as many connections with birth family as possible. They talk nearly every day and one is building a house near the other. “God has restored us,” Cathy says. “We could have been destroyed by our circumstances, but he restored us. God has done amazing things.”

PCHAS post-adoption services are for adoptees, adoptive parents and birth parents who worked with PCHAS or Homes of St. Mark. Birth siblings may also initiate a search. PCHAS can assist birth parents and prospective adoptive families in making joint decisions about adoption plans. If you have any questions as to whether we can help you with either of these services, please contact us.