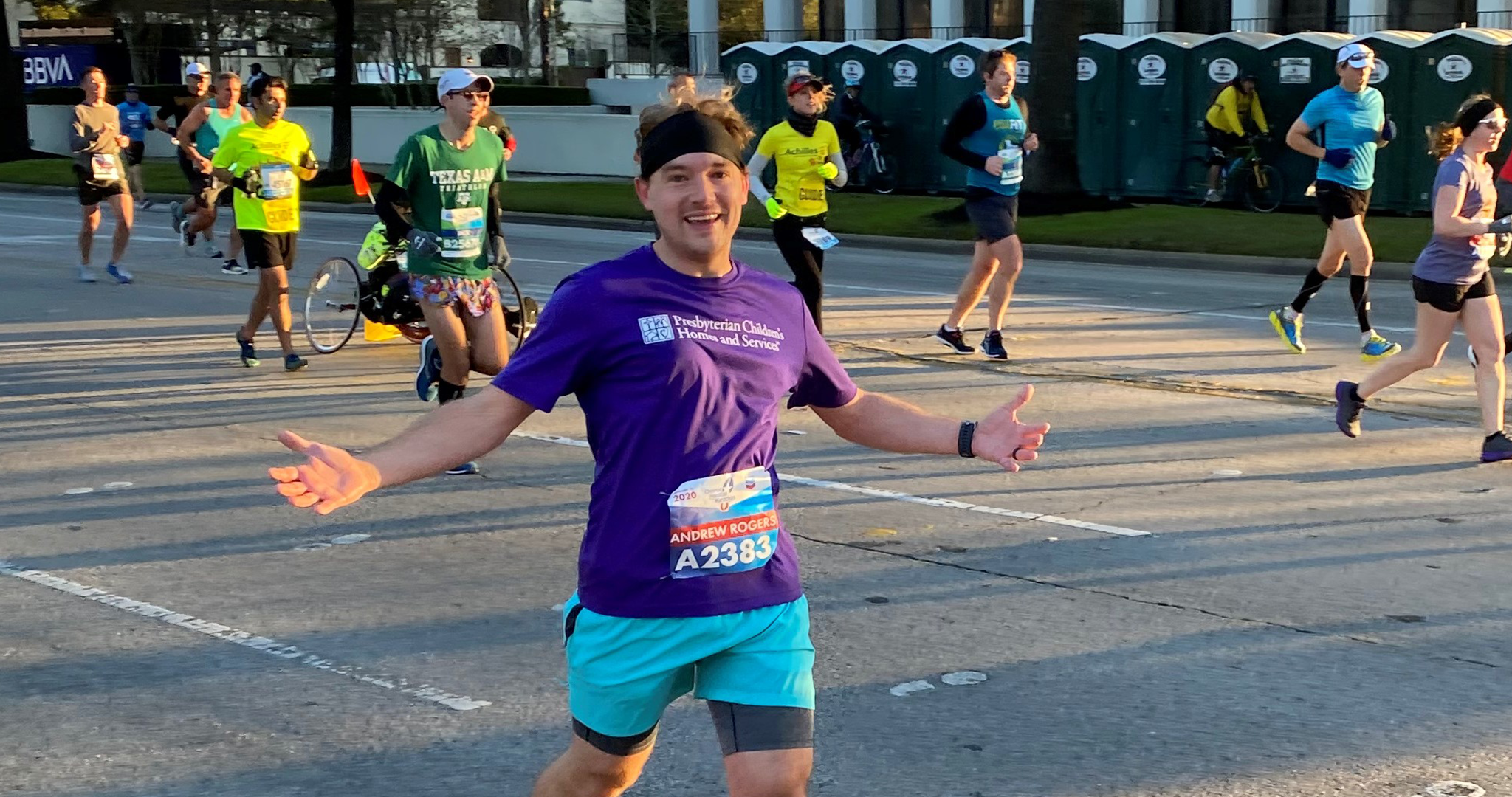 Bright and early on January 19, thousands of runners braved the cold and descended on downtown Houston to compete in the Chevron Houston Marathon and Aramco Half Marathon. Andrew Rogers was one of them.

You may remember Andrew from our interview this summer as he was training for the big event.

The night before the big race, Andrew was at First Presbyterian Church Houston for PCHAS’ Annual Pasta Dinner, were he loaded up on carbs, met fellow PCHAS runners and even spoke with us about how he was feeling about the race. “It was a lot of fun getting to gather the night before the marathon to celebrate,” he says. “My wife and I loved getting to meet others who support PCHAS through the marathon, to not only fundraise for PCHAS but to also give of their time and energy in such an intense manner.” 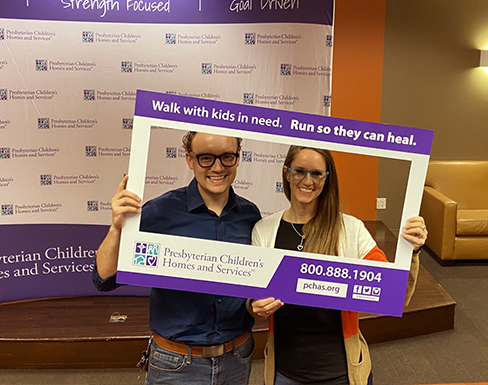 Andrew’s goal was to finish the 26.2 mile race in 4 hours, but since it was his first marathon and he knew anything could happen, his main goal was to finish. At mile 20, he was still on pace to make that goal. Around mile 21, he began to feel pain in his knee and foot, which caused him to limp, hobble and jog the final five miles to the finish line.

“My favorite memory will forever be seeing my wife and children about 100 feet from the finish line and having that moment where I realized, ‘This was worth all the pain!’” he says.

Although it took a lot of hard work and he faced ups and downs throughout his training, Andrew says being part of such an enormous endeavor is an incredible memory and he’s already looking forward to next year.

“I can’t help but think, ‘What if PCHAS ran a team of 50 people, 75 people, 100 people?’ I can just imagine 50 people in their purple PCHAS shirts raising awareness for the awesome work we do for children and families in need.”