“I would do it all over again.”

Tammie Durham and her husband opened their home to Cassie, a sweet, cuddly 10-month-old. She was their great-niece and had been removed from her biological mother’s home by CPS. 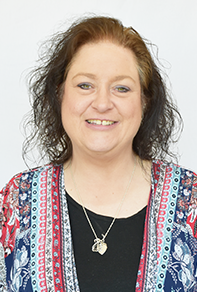 Tammie knew the foster care drill. She worked for CPS for a decade before coming to work for PCHAS as a foster care case manager. She knew the value of a kinship placement. The Durhams were happy to help by becoming licensed to take care of Cassie while her birth mother worked on regaining custody.

The Durhams had their own children—twins who were finishing high school. At first, having a baby in the house was just a novelty. They sang “Itsy-Bitsy Spider” to her and read “Good Night, Moon” even when it wasn’t bedtime. As the seasons changed they were delighted as Cassie progressed from crawling to walking, from eating soft foods to solids and from babbling to speaking complete sentences.

Meanwhile, a case worker supervised the birth mother’s visits and monitored her success with the court’s requirements for reunification. A judge reunited Cassie and her mother last September. By then, Cassie had lived with Tammie and her family for 14 months. Her foster siblings, who now considered themselves her big brother and sister, felt crushed.

The Durhams still see Cassie at least once a month. They keep plastic protectors in the electrical outlets and some evenings Tammie finds herself humming a lullaby. Now 2-1/2, Cassie calls the twins Bubba and Sissy. “She’s extremely attached to us, and we are to her, too,” Tammie says. “Getting attached is a risk you run when you foster. It was hard on my kids, but they say it was worth it. Even though our hearts hurt, I would do it all over again.”

A pseudonym is used to protect the identity of the child in this story.

The Annie E. Casey Foundation reports that 30,550 children (age 17 or younger) are in foster care in Texas. Foster care can involve a “kinship” placement, a temporary home for the child of a relative or good friend. It can mean caring for an infant or for older children the state has removed from their parents. In many cases families foster with the intention of adopting. For information about fostering or adopting, contact us.