It’s All About Relationships 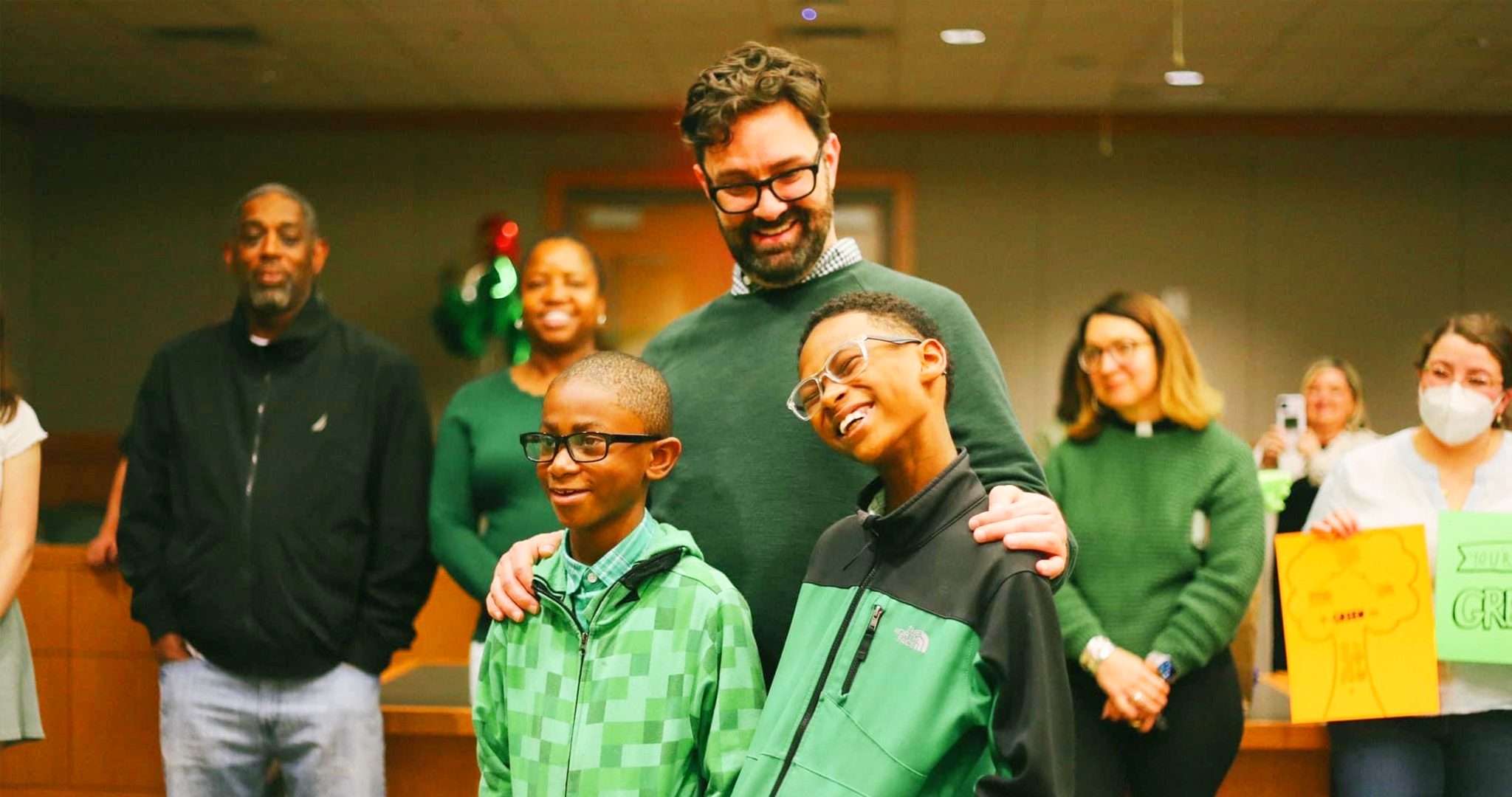 Jeff took a leap of faith three years ago and attended a Foster Care & Adoption Event at PCHAS. He was almost 45 years old and single, but he knew he wanted to be a dad, and adoption was the route he wanted to take. But getting to this place didn’t happen overnight; Jeff had been preparing for years. 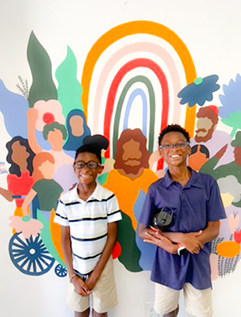 When Jeff knew adoption was on his horizon, he committed to learning as much as possible and found ways to volunteer and gain experience. Jeff became a Court-Appointed Special Advocate (CASA) almost five years before he became a foster and adoptive dad. As a CASA, he got to know children and their families and reported to the judge about their best interests. Jeff learned a lot about the foster care system, what kids in care need, and the value of relationships with everyone on the team.

He also learned about kids in foster care. Seventy percent of the children are minorities, and almost all are school-aged and part of a sibling group, so Jeff began preparing to adopt minority siblings. He likes learning about other cultures and even learned to speak Spanish. Later in the process, he chose to see a therapist and intentionally picked an African American man with lived experiences different from his own. Jeff asked himself, “Where are my blind spots?” He asked for feedback and help from professionals and trusted friends, too.

When Jeff felt it was time to choose an agency, he attended the event and met Brooke, a PCHAS staffer. He listened to the presentation and reviewed the information about agencies, narrowing it down to PCHAS because of her. She was personable and excited to get to know Jeff and hear his story. Choosing to work with the agency became easy because he wanted to work with an agency that wanted to work with him.

Even with all of the legwork he had done, Jeff still had some feelings of insecurity. Yet, as he worked closely with Lacey, his Home Development Coordinator, he felt seen, heard and affirmed. She paid close attention to all the details, and he knew she was ensuring he was a safe family for kids. She also saw his strengths and she encouraged him. Lacey helped Jeff see how his life experiences, both good and hard, uniquely qualified him to see and meet the needs of kids with a history of trauma.

In January 2021, PCHAS verified Jeff as a foster and adoptive parent. The agency had just received information about two brothers who needed a family and Jeff seemed to be a good match. When he first heard about seven-year-old Xavier and nine-year-old Emmanuel, Jeff knew they would become his sons. It just felt right.

Xavier and Emmanuel had been in foster care for more than five years. They had experienced some big disappointments but also had some people who had been working hard on their behalf for a long time. The same judge presided over their case from when they entered foster care until they exited through adoption. Their attorney was with them for several years, as well, even recusing herself from the case to become their kinship caregiver for a time. She’s still very important in their life, and the boys call her “mom.” Jeff is grateful for their relationship.

For almost 12 months, Jeff was the foster dad for Xavier and Emmanuel. Jeff is committed to teaching his sons Black History and giving them positive racial mirrors. He’s intentional about choices like healthcare providers and entertainment, and the family alternates between Jeff’s church, where they have tons of support and a predominantly African American church, where they are building new relationships. He found a local bookstore with drumming classes, and the boys went to a summer camp promoting STEM courses for African American children. Jeff looks to friends for advice and guidance, and he is part of a Facebook group for white adoptive parents of African American children with guides who help answer questions. 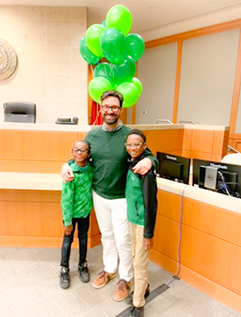 When Jeff adopted Xavier and Emmanuel, everyone was excited and supportive. PCHAS was there by Jeff’s side, and many other people showed up. Previous foster parents, attorneys and caseworkers wore green to support the family, even the judge! The next day, Jeff’s family threw a party with nearly 200 attendees.

Jeff and the boys are doing well. He’s quick to share his gratitude for PCHAS and the many people who have become “aunts” and “uncles” for the boys who continue to show up for them and play essential roles.

Jeff wanted to be a dad and to share his life with kids as a family. Today, his dream is a reality because of his effort, commitment, and the invaluable relationships he and his sons have experienced.

Are you thinking about adopting? Are you willing to go the distance and invest in relationships? PCHAS Foster Care & Adoption Guides are eager to connect. Call 512-212-5700, email fosteradopt@pchas.org, or Join An Online Info Session to learn more.