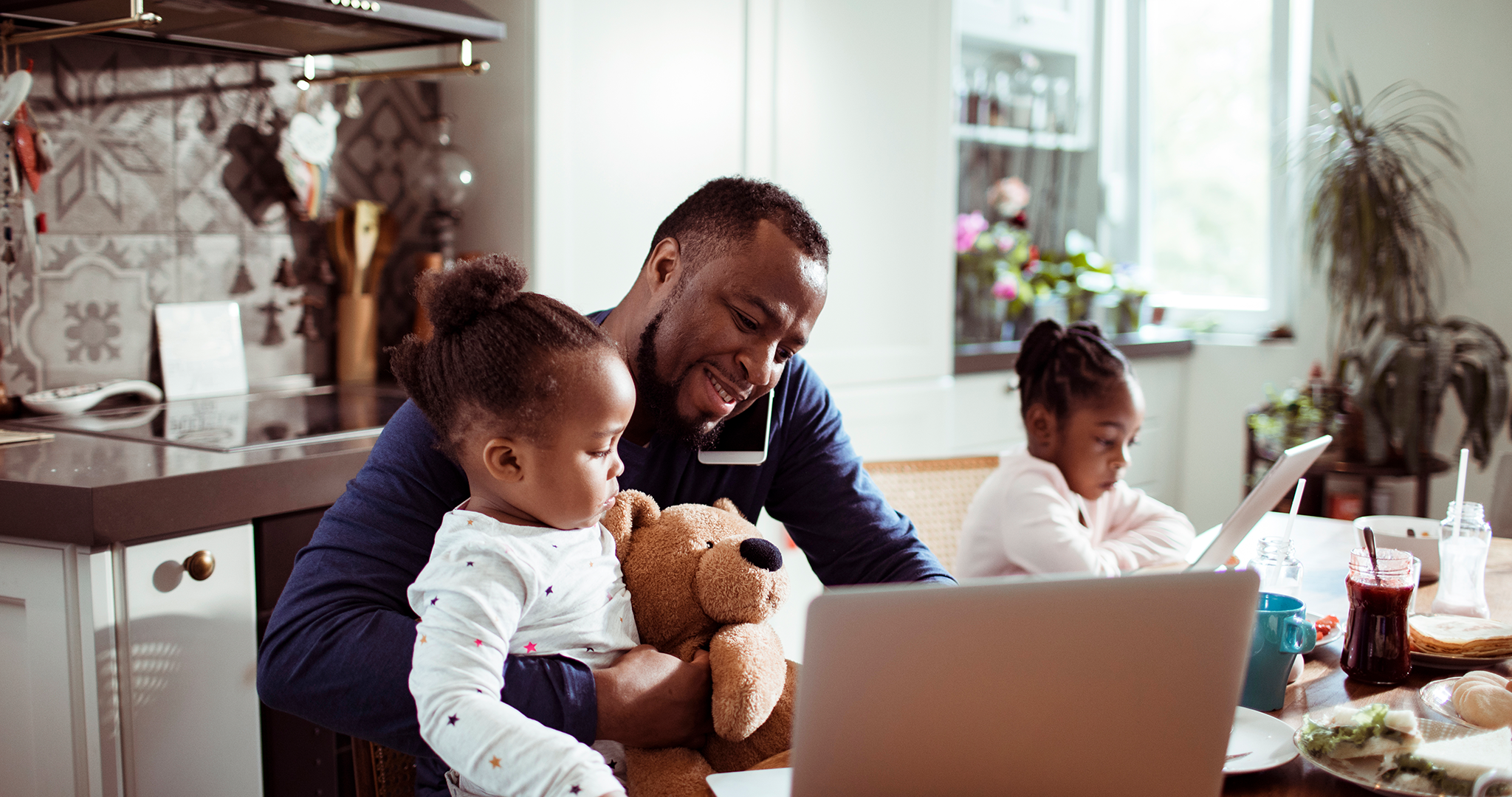 Rémy was halfway up the steps when he stopped short. He stared at the red notice on his front door. In his arms the baby wriggled and at his feet the other children danced around him like autumn leaves. Eviction! What would he do? What could he do?

His wife had left him with six children under age 12. With so many young ones to care for, he couldn’t keep a job. The landlord had warned him about being late with the rent again, but there was nothing he could do. Now, as his kindergartner started reciting the large letters on the red sign, “E… V…” Rémy abruptly unlocked the door and the children tumbled into the house.

After he’d got lunch on the table and the kids were happily munching away, Rémy had an idea. He called Mavis Matthews, the PCHAS child and family specialist there in Baton Rouge. He had met her at a food pantry and accepted her business card just a few weeks prior. She remembered him. “What sort of help are you looking for?” she asked.

“Miss Matthews, I need help with everything,” Rémy said frankly. “My oldest girl is outgrowing her shoes. My baby’s running out of diapers. It’s fall and I don’t have enough jackets to fit my kids.”

Mavis, a seasoned social worker, came that very day with diapers, a gallon of milk and a list of who to call next. Rémy explained that he had worked for a movie studio, building stages and props, until his wife left him earlier that year. He moved into this rental house to be closer to his mom, who assisted with groceries when she could. He registered the older children for the neighborhood school but, without uniforms, they were staying home every day.

After years of working for PCHAS, Mavis knows every social service organization in town. Within a week  she obtained spare uniforms and partnered with the school to get the older children settled into their classes. Mavis also worked with the state to place the younger children in daycare and cover the expense for three months. Rémy’s next goal was a job that required construction skills, and he found one. He continues to see Mavis for ideas on parenting and quality time with the kids.

Broadmoor Presbyterian Church, which provides an office for Mavis, provided clothes and toys to Rémy’s children at Christmas. “Mavis is so caring and knowledgeable about helping people find the resources they need and giving them hope again,” Pastor Don Frampton says. “This single father has overcome huge obstacles and is finally making a home for his family.”

Six months after finding that eviction notice, Rémy is happy to be making a living and supporting his family. Thanks to PCHAS, their family is focused on the future and Rémy is reassured by the optimism in his children’s eyes.

PCHAS’ Child and Family Program keeps families together during a crisis. PCHAS operates the program in 19 locations across three states.