Speiser Recognized for a Lifetime of Giving 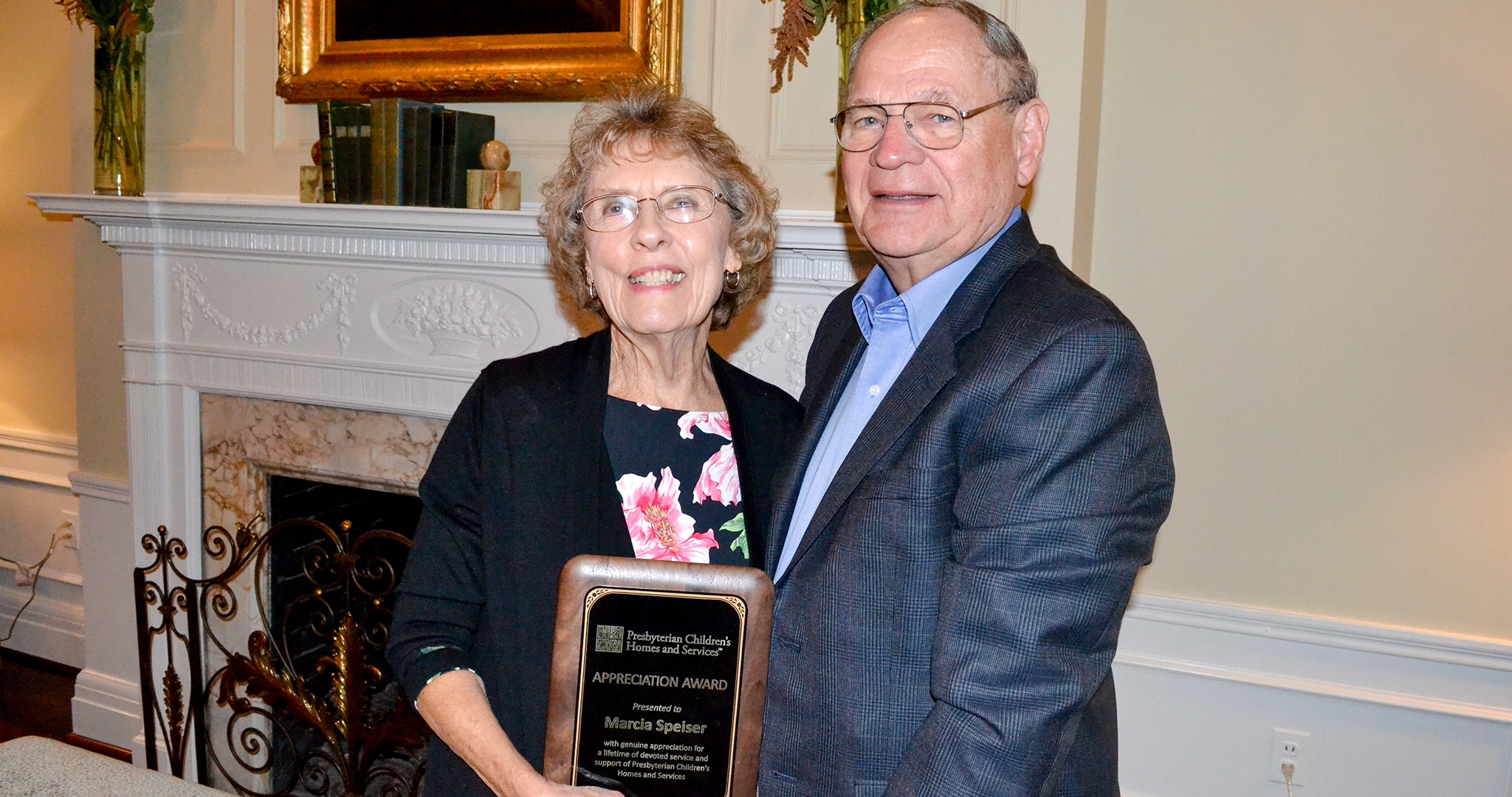 She was only six years old when she gave her first gift to children in a Presbyterian orphanage. Now, 75 years later, she is still a faithful contributor.

Marcia Speiser still recalls her church’s “white gift” service of December, 1945. She carried her gift, wrapped in white, to the Christmas tree so it could be given to a child at the Farmington Children’s Home in Missouri. It was a joyful time -- World War II had ended and families were reuniting -- but she felt heartbroken for the boys and girls who did not have a mother or father anymore.

Mrs. Speiser has been a loyal supporter of our agency ever since. She married her husband, Terry, and they raised four daughters. She taught special education classes for 15 years. But she always kept a special place in her heart for children in foster care. Besides supporting PCHAS as a donor, Mrs. Speiser advocated for PCHAS at her church. She has been a member of Bonhomme Presbyterian Church in Chesterfield, Missouri for many years and initiated the Christmas Giving Tree there. Over time the congregation has given thousands of gifts to the children in our care.

On October 24, Presbyterian Children’s Homes and Services awarded a plaque to Mrs. Speiser for her lifetime of dedication. “I don’t do this for the recognition,” Mrs. Speiser remarked. “The Lord calls us all to care for those who are less fortunate.”

PCHAS welcomes one-time gifts, those scheduled monthly or yearly as well as planned gifts, such as bequests and annuities. Learn more at pchas.org/get-involved/give or contact someone from our development team.