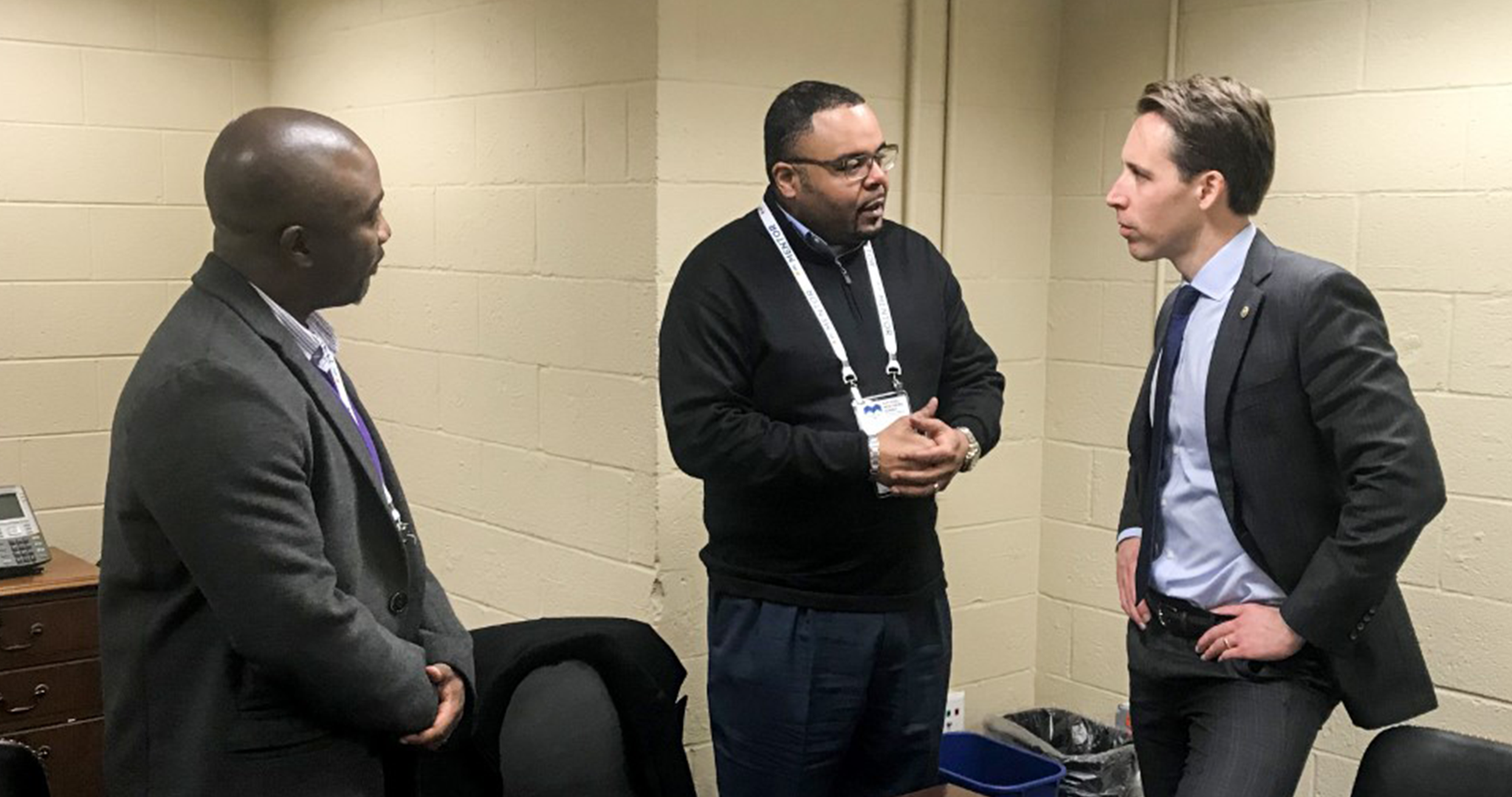 Beard, LaGrone and other conference participants requested that Congress fund mentoring programs with $120 million in the 2020 fiscal year. The Office of Juvenile Justice and Delinquency Prevention (OJJDP) administers such programs.

Both Senators expressed interest in the effectiveness of Therapeutic Mentoring and, as a member of the Senate Appropriations Committee, Senator Blunt expressed support for additional funding for mentoring. Representative Clay indicated he would support any House legislation to fund mentoring programs.

Beard and LaGrone explained that a consistent adult presence helps a young person navigate challenges. “Therapeutic mentors help children deal constructively with their frustrations and with school and family issues,” Beard states, pointing out that the program affects not only individuals but also the community.

Numerous studies show that mentoring has significant positive effects on children like decreasing absenteeism and reducing behavior problems. Youth who meet regularly with a mentor are 37% less likely than their peers to skip a class and 52% less likely to skip a day of school. Both absenteeism and behavior issues are early indicators that a student may be on a path to dropping out of school, so addressing those problems correlates to more positive education outcomes. One study estimates that the human potential lost as a result of the educational achievement gap is the economic equivalent of a permanent national recession (Mentoring: At the crossroads of education, business and community, 2015).

Interested in our Therapeutic Mentoring Program? Write to Jason Beard directly or call 800-888-1904.