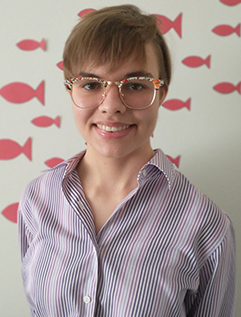 Margaret Fair started volunteering with PCHAS alongside her mom, Judith, while she was still in high school and she has now been a volunteer with PCHAS for 6 years. Margaret is a very familiar face on our Single Parent Family campus in Houston, and she and her mom have provided enrichment and child care for many children as their moms attended life-skills lessons. It is an absolute pleasure to see the children’s faces when Margaret and her mom come in to the room. The instant recognition and the spark in their eyes as they guess what Margaret and her mom have planned for them can only be seen, not described.

“Since starting to volunteer at PCHAS, I have gotten to work alongside not only my mom, but a number of volunteers and staff members that have all been very welcoming and gracious. My favorite memories are linked to the Houston Single Parent program. One time we brought in some yoga instructions for poses named after animals – all the kids enjoyed this activity. The younger ones pretended to be animals, the readers took turns being the leader by reading instructions, and the oldest kids could still get on board with the breathing and relaxation components. The hour passed by so soon, that none of us could believe it. And the kids insisted we do the animal yoga poses another time!

Volunteering with PCHAS made me more empathetic to others, and helped me understand that there are always small things you can do to help someone out. And when a lot of people come together to do a series of small things, the cumulative effect is impressive. Volunteering at PCHAS was one of the first times I had the opportunity to work closely with kids and see how they learn and grow with new experiences. This experience made me more interested in education, and I think it contributed to my seeking out further opportunities to share knowledge. I think that being a volunteer with PCHAS made me feel more confident, and helped me understand that there's room for everyone to grow together.” 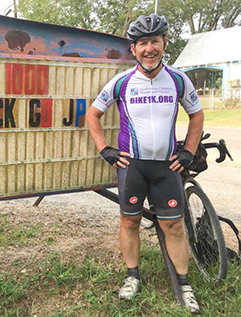 Rick Presser, a volunteer in the North Texas area, began volunteering with PCHAS in 2016 when he “knocked on some doors” and felt the door to PCHAS open. In 2017, he participated in a 1,000 mile biking fundraiser event, Ride Across Texas, and raised nearly $7,000 for PCHAS. More recently, he has been involved in preparations for the annual Triathlon held on the Itasca campus - making sure the children in the Foster Care Village always have a bike to ride and helping to keep them repaired and maintained.

Rick humbly shares that he got involved with PCHAS through his talent and interest in cycling. “I believe in the Parable of the Talents (Matthew 25:14-30),” he says. “God gives us all unique gifts to grow His Kingdom, and for some reason he gave me cycling.” Rick states he doesn’t volunteer for self-fulfillment, but rather he volunteers to fulfill God’s purpose. “We’ve got to use the gifts we were given in big or small ways…the kids need to see that love and attention that comes from the Lord - they need an advocate,” he says. Rick credits his background in negotiating defense contracts for a living with giving him an ability to advocate for children, stating, “I’m not shy at all to advocate.” Rick recognizes the need for children in care to know someone cares about them, to know they have someone in their corner and to know that God loves them and He sees them. Rick looks forward to being in-person with the children again and is thankful for the opportunity to play a small role in the lives of PCHAS children. He gives his full praises and acknowledgement to the Lord, saying, “it’s all for the Kingdom, all glory to God.”