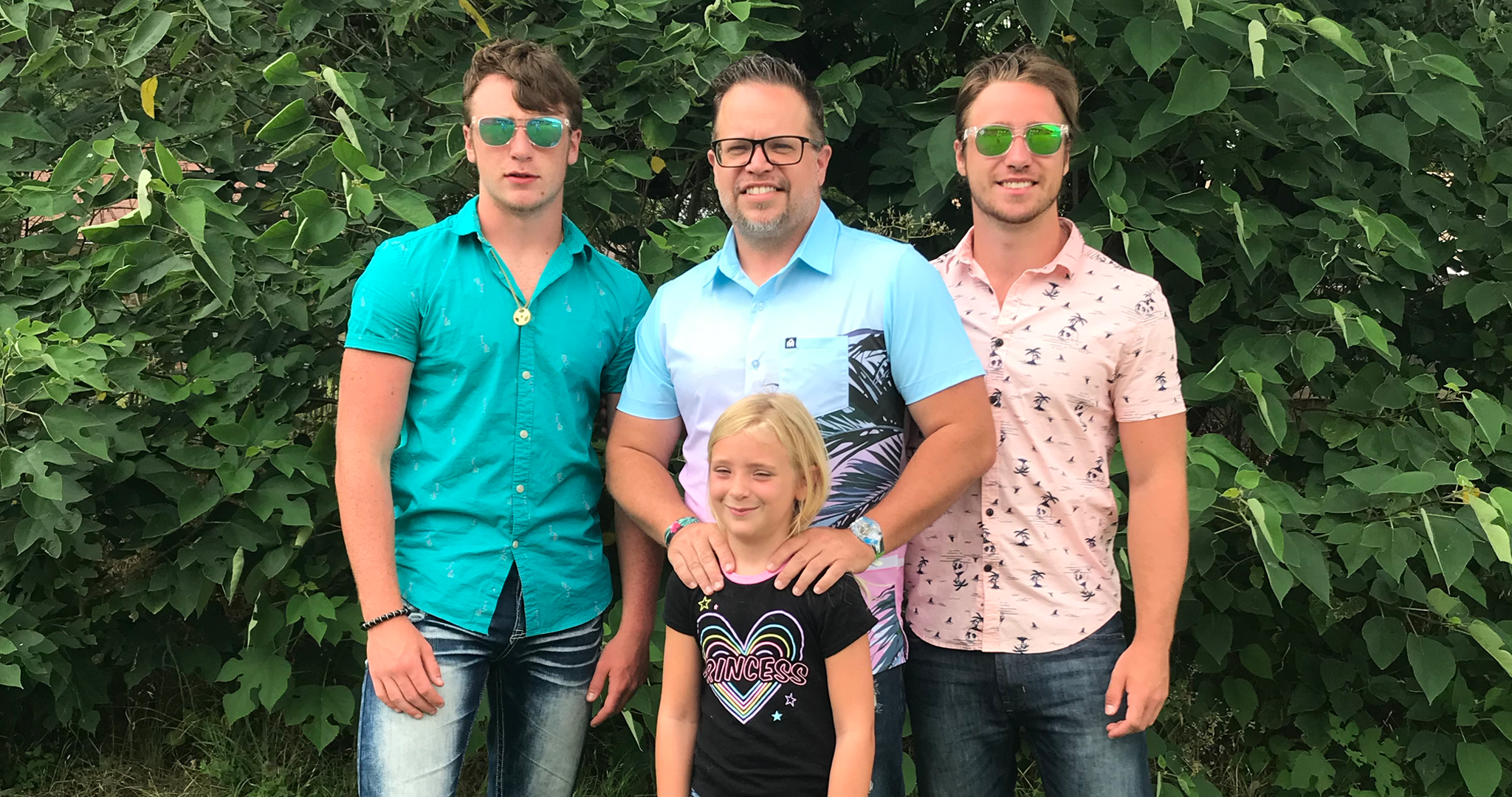 “We needed a home and a place to start over,” says Thad. “We had been a two-income family. Being low-income was new territory.”

Thad was just barely 40 when his wife left him and their three kids. The boys were a junior and an 8th grader; their daughter was in kindergarten. “Their mom didn’t give us any financial support,” Thad explains, “so I was working three jobs to make ends meet, and pretty soon we were out of options.”

He started calling places about housing and only PCHAS called him back. Its Single Parent Family Program in Waxahachie, Texas held pros and cons for Thad. First, families were all headed by moms, so Thad didn’t fit the norm. Second, the quiet, rural location was quite distant from their home on the outskirts of Dallas. But the kids could finish the semester in the same schools. PCHAS saw that the best way to help the kids was to restore their dad’s self-sufficiency. Thad visited the campus and decided to try it.

That spring, PCHAS staff members assisted the children in adapting to a long commute and new routines. “They made the kids, who were kind of stunned, feel at home,” Thad explains. “They also were very clear about my opportunities and gave me different timelines for staying and moving on. I didn’t expect to have such a wide variety of paths to choose from. They were always able to work with me and very much involved in moving us through that transition. It was so much more than I expected!”

The Single Parent Family Program offers job training, parenting education and other tools for independence. Thad’s primary goal was financial stability and he was able to accomplish that in about 10 months. His elder son graduated high school on schedule. Since then his younger son has graduated and his daughter is now entering fourth grade.

Like many PCHAS clients, Thad never expected to be nearly homeless. The experience, he says, “completely changed” his image of poverty, and he is grateful for everything that PCHAS offered him. Thad recently earned his license as a financial broker and is advising his own clients in achieving economic independence.

This residential program operates in Houston, San Antonio and Waxahachie, Texas, as well as Farmington, Missouri. To apply for the Single Parent Family Program, fill out a form online.