A Few Days, A Few Months, Or Forever 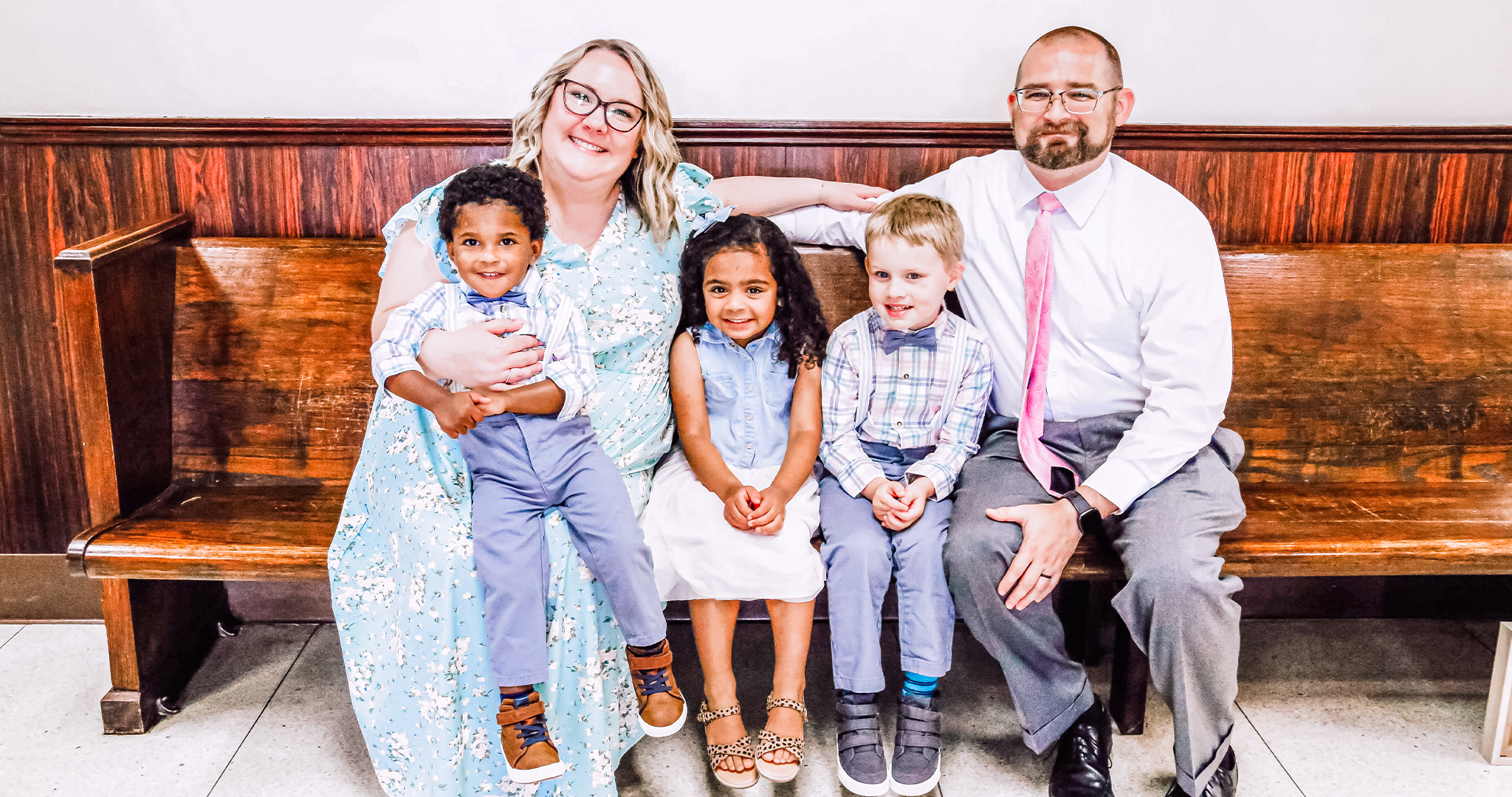 Melinda and Jeremy knew they wanted to adopt even before they were married, but they had no idea adoption from foster care was an option or that it would bring them the family they know and love today. After graduating with a degree in social work, Melinda became a case manager with PCHAS. She never intended to work in the child welfare system, but found a passion both professionally and personally and began sharing it with Jeremy.

Melinda left her job at PCHAS and gave birth to their son, Beau. A couple of years later, she and Jeremy felt ready to pursue foster care and adoption, so they reached out to PCHAS. “We knew the integrity of the organization, the passion of the organization, how great they were with families and kids. We knew PCHAS was where we wanted to be.”

As the couple prepared to accept emergency foster care placements, they also began preparing Beau for the upcoming transitions, telling him "You might be getting a brother or sister but we don’t know how long they will stay: a few days, a few months, for forever, we don’t really know, but what we’re going to do is love them in the meantime.”

Soon after completing their license, the couple received a call about a baby girl named Breanna. The agency didn’t have much information, but Jeremy and Melinda said “yes.” The next morning, Melinda introduced her to Beau, “his whole world changed overnight,” she said.

Breanna had visits with her biological mother and Melinda brought updated pictures to every visit. When the goal changed and proceedings were planned to terminate her parental rights, Melinda provided her Birth Mom with PCHAS’s contact information and let her know they would be open to continuing visits after adoption. She was grateful for the couple’s openness.

A few months after adoption was finalized, the family moved into a new home. They chose a more spacious house in case Breanna ever had a sibling in need, but they could never have imagined that need would come only two days after their move. CPS called; Breanna’s sibling, Jorden had entered care. 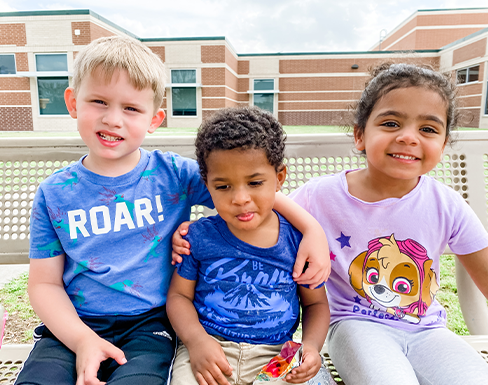 “Jorden was a surprise,” Melinda shared. The family was not prepared for another child but their “village” came to their rescue. PCHAS worked quickly to license their home, the couple’s parents helped with the children’s appointments, friends from church bought their crib, a co-worker bought their crib mattress. “Our whole village came together.”

Jorden had weekly visits with his birth mother, who told the couple how thankful she was the kids could be together and she was really glad they were with Melinda and Jeremy. She decided the best option for the children was for her to relinquish her parental rights and Jeremy and Melinda adopted Jorden. The couple again offered to send pictures and be open to visits. “We always want to make sure your kids know you,” they told her.

As adoptive parents, Melinda and Jeremy want to ensure their kids understand and know their adoption story. “Before bed, when we pray with the kids we pray for their birth parents, we talk about them; we talk about adoption. We point to their pictures in the family photobook.” Melinda knows these conversations will continue and change as their children get older.

She’s often been approached with questions by others about why the children are with her and their birth family’s history. Melinda knows people are naturally curious and not intending to be mean, but those questions can be really hard and even hurtful. “I want to protect my kids and make sure their stories are theirs to tell, they’re not mine.” 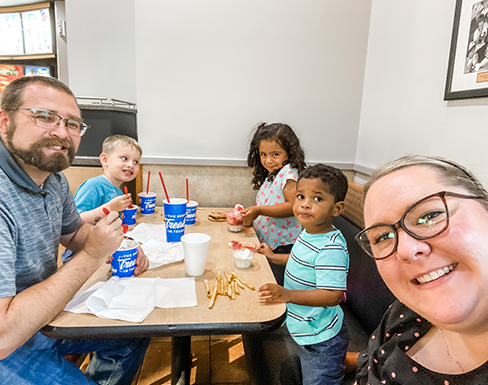 She encourages others not to make assumptions and to think before asking questions.  “Consider if you would ask someone else such a personal question. Is it more about your curiosity or is it something that can help improve your relationship with the family? And, if you do have a question, ask a parent when children aren’t around.”

As they maintain relationships with the children’s birth parents, two things are most important: “One; to always tell our kids where they came from and for them to know we love those people deeply. Two; one day hopefully they can see Jesus in us and we can be a light to them,” shared Melinda. Some may be fearful or concerned about contact with parents after CPS involvement, but PCHAS is there to help facilitate. ”It’s not scary, not with the help of PCHAS,” she said.

Melinda and Jeremy are grateful for their journey with foster care and adoption. They’ve learned a lot about themselves and about the needs of others. Most of all, they are thankful to forever be Mom and Dad to Beau, Breanna and Jorden.

Could you be the family that provides the loving care that kids like Breanna, Jorden and their family need? Connect with a Foster Care & Adoption Guide at 512-212-5700 or fosteradopt@pchas.org to learn more.